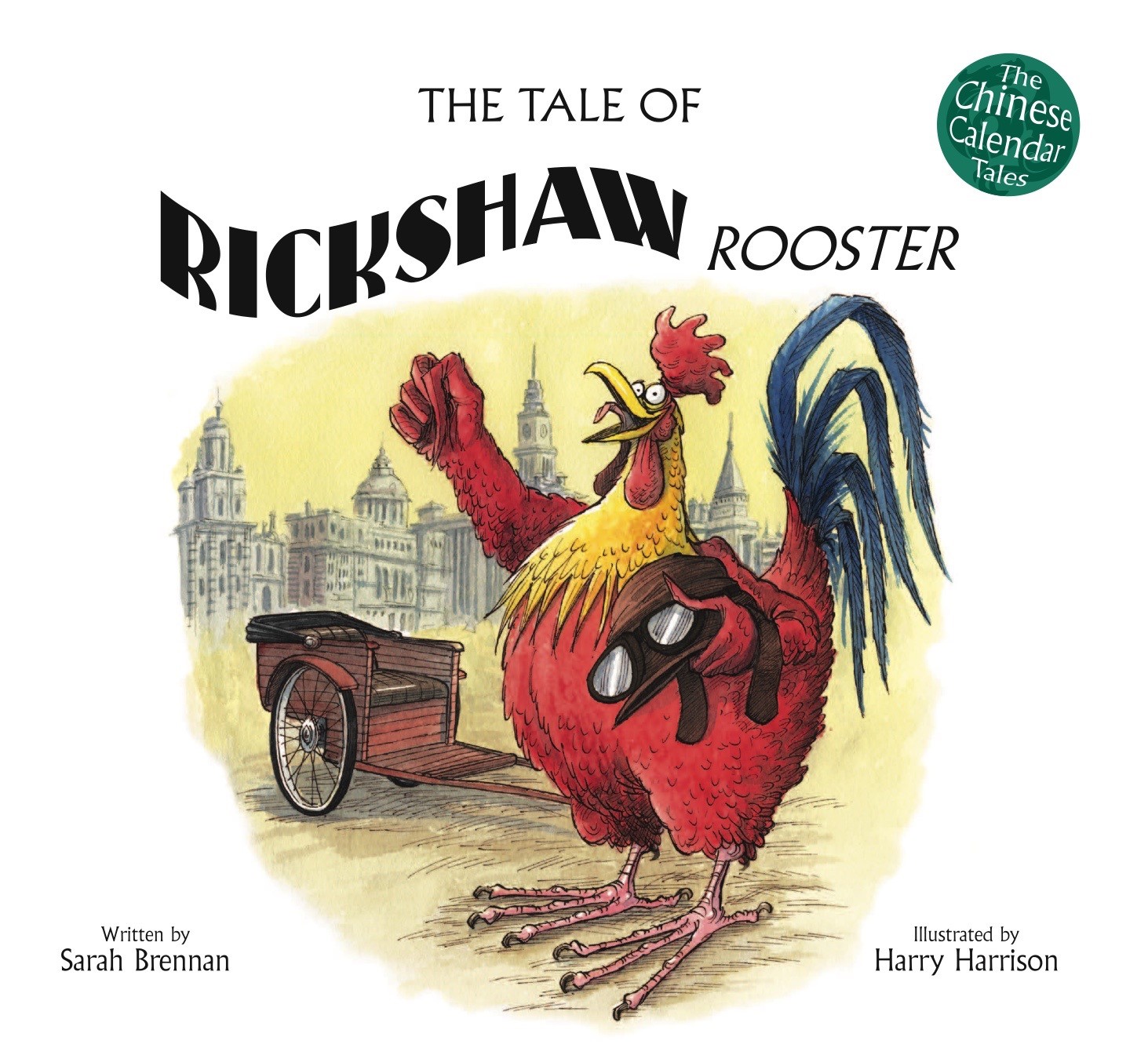 The Tale of Rickshaw Rooster

Rickshaw is a proud, vain and extremely noisy rooster living in the backstreets of 1920s Shanghai. When the Annual Race along the famous Bund is announced, winning is a matter of national pride for the contestants representing Shanghai’s international Concessions. But Rickshaw Rooster has other ideas! Will the foreigners win again, or will a local hero carry the day? Find out in this tale of loyalty, ruffled feathers and cocky determination!

Highlights 1920s Shanghai, its famous Bund, the international concessions, the end of Empire and the rise of nationalism in China, and the special characteristics of people born in the Year of the Rooster.

“Watch out kids – Sarah Brennan and Harry Harrison are back! And this time they’re roaring into the twentieth century. The place? Shanghai, Paris of the East. The event? The annual Shanghai Race. But this year there’s a twist. Instead of horses galloping ‘round the track, it will be cars charging along the Bund. The city’s high and mighty will be there, determined to reach the finish line first. But the poor folk of Shanghai have two aces up their sleeves: Rickshaw runner Tommy Tan, the fastest man in town, and his pal Rickshaw Rooster, the cockiest bird around!” John Carroll, Professor of History, University of Hong Kong

“A wonderful romp through 1920s Shanghai, packed with historical sites, sounds and characters that kids will love. Brennan and Harrison’s latest tale sweeps you back through the days of the city’s glamorous past in this wonderfully illustrated children’s book, complete with a charismatic mob of animals out to win the day.” Helen Roxburgh, Books Editor, Time Out Shanghai

“Sarah and Harry have done it again! They have brought to life one of the liveliest and most mischievous characters from the Chinese Zodiac. The Tale of Ming Kee Monkey is a fun read to share with kids of all ages and promises to be a hit for the entire family.” Alice Mong, Executive Director, Asia Society, Hong Kong

There are no reviews yet.

Only logged in customers who have purchased this product may leave a review.

Our books are funny, fabulous, and designed to get kids learning while they laugh! On this website, you can buy our beautiful books online from just about anywhere in the world, stay up to date, or simply get in touch! Enjoy exploring our site with the links!

Which Animal of the Chinese Zodiac are You?

The Chinese Calendar Tales make fantastic gifts, and not just because they are funny and fabulous!

Every single member of your family, and all your friends, have a Chinese Zodiac sign! So the Chinese Calendar Tales make great novelty gifts for pregnant mums, newborn babies, christenings, birthdays and just about any celebration – and not just for kids! Go on…tell your husband he’s a Rat in the nicest possible way! Or a Tiger! Or a Rabbit! It all depends on his year of birth!

Go to Sarah Brennan’s blog to find out which books you should buy for your favourite people, and to read more about them! Please be careful if their birthdate falls in January or February!